The Redmi Router was unveiled by Redmi in the week of Wednesday, as was Redmi K50 Gaming Edition. The gaming router made by Redmi comes with a flagship 2.5G Ethernet port and has Wi-Fi 6 compatibility. The Redmi Router AX5400 has RGB lighting that has 16 million colours. Additionally, the router under the Xiaomi sub-brand comes with gaming acceleration software. The Redmi Router AX5400 also functions as a hybrid mesh network compatible with the entire range of Xiaomi Wi-Fi 6 routers. It will automatically detect games on mobile devices when it is connected to Xiaomi and Redmi smartphones. 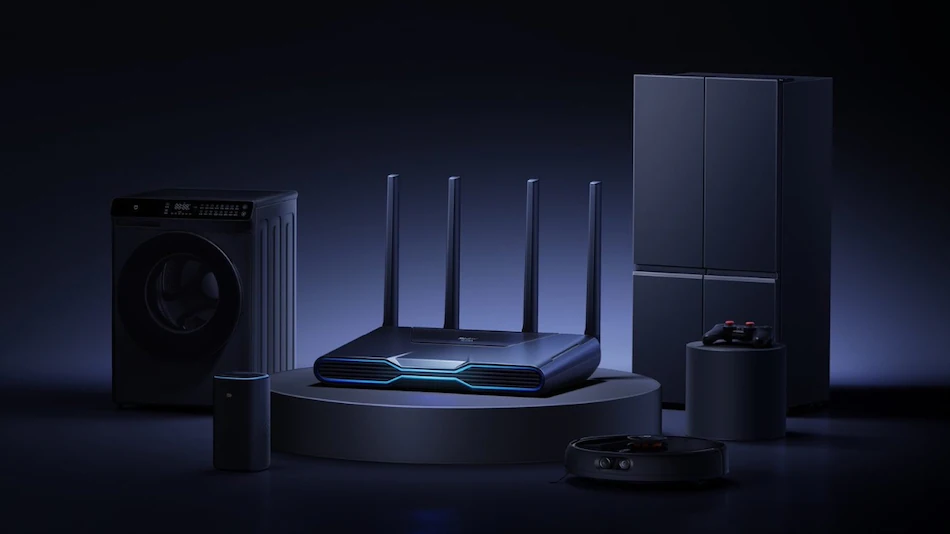 The recently launched Redmi Router AX5400 is powered by an unidentified dual-core 1GHz Qualcomm SoC, which is also equipped with an NPU with 1GHz and 512MB of internal memory. In addition, it is equipped with six front-ends that are high-performance independent modules (FEMs) that function in the capacity of signal amplifiers. As previously mentioned, the gaming router by Redmi comes with a flagship 2.5G Ethernet port and gets four LAN ports. As a router that supports Wi-Fi 6 additionally, it functions as a hybrid mesh-compatible device and is compatible with any Xiaomi Wi-Fi-enabled routers.

The Redmi Router also comes with RGB lighting, with 16 million colours. It also has 5400Mbps of high-speed broadband wireless Internet speed. The Redmi router can detect situations in mobile games to cut the latency by 20 per cent on devices that are compatible with Xiaomi and Redmi smartphones. It is compatible with WiFi 802.11a/b/g/n/ac/ax along with 802.3/3u/3ab/3bz. It supports WPA-PSK, security protocols WPA2-PSK and WPA3 SAE. The dimensions of the router are 241x182x228mm.