Researchers at the Changchun Institute of Technology ( China ) have developed robotic ‘tentacles’ that are capable of attaching to spacecraft. This invention would be useful for the work of repairing and handling space objects to reduce space debris, which is a bigger problem every day. Making repairs in a complex space environment costs a lot of human and material resources, ” explains the team from the Changchun Institute of Optics, Fin Mechanics, and Physics. The hyper-redundant modular manipulator is an effective solution to this problem .” 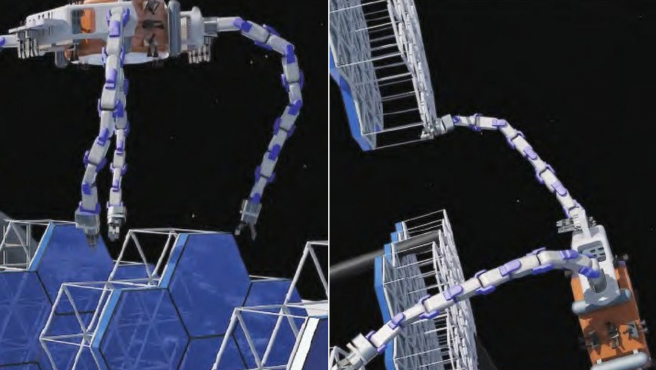 These robots are not the first robotic arms to be built to be added to spacecraft; in fact, the International Space Station has three. However, those created by the Changchun Institute of Technology promise to be more flexible, powerful and precise.The study has been featured in the South China Morning Post and, according to the team, promises to be a very effective building block for space technology . In addition to helping mitigate the space debris problem, the newspaper details that the tentacles can be used to capture and destroy enemy satellites .

How does the Robot work? 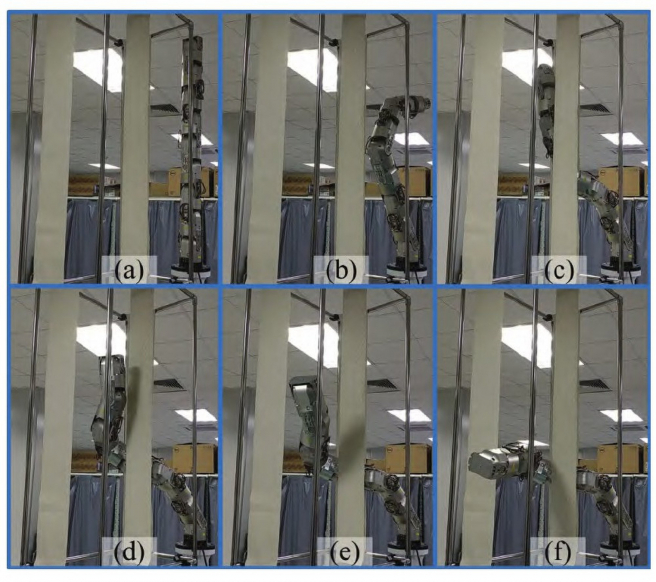 Each tentacle is 1.5 metres long and has nine segments in total that work independently. They all have a transmitter, a motor, sensors and processors that are controlled through Artificial Intelligence .Being controlled by a common AI, the segments share the same power source and can coordinate to complete the tasks they are given.

According to the researchers, the robot has been successfully tested in a laboratory. There, they saw how the prototype they had created was capable of exploring uncharted territory, entering a narrow space, or adjusting the segments to its body quickly to avoid colliding with obstacles.The team also found that their invention could perform more delicate tasks, such as writing with chalk on a blackboard or pushing a balloon without it popping.Although it is not yet known when or if they will start using this invention to reduce space debris, the team has put all their cards into optimising it so that it completes its tasks more quickly and efficiently. To do this, the researchers have proposed changing some of its components for carbon fibre.

Can China shoot down satellites?

Although no ASAT system has yet been utilised in warfare, a few countries (China, India, Russia, and the United States) have successfully shot down their own satellites to demonstrate their ASAT capabilities in a show of force. ASATs have also been used to remove decommissioned satellites.

Does China have satellites in space?

In June 2020, China successfully deployed its final third-generation BeiDou satellite, completing the constellation. With a total of 35 satellites in orbit, the BeiDou constellation outnumbers the 31 operational GPS satellites that were in orbit as of May 2020.

Does China have spy satellites?

How can we destroy satellites in space?

Some actively destroy satellites with impactors, while others disable satellites more passively. These technologies include high-powered microwaves that can disrupt electronics, devices that jam communications systems, and ground-based laser systems.

What happens if satellites are destroyed?

If a satellite was 1,000 km (621 mi) above the Earth’s atmosphere, it might take over 100 years before it finally fell to the ground. … But lots of these satellites would end up on land. These satellites could destroy entire buildings and towns, as they’d be travelling at speeds up to 28,000 km/h (17,400 mph.)

Sony new wireless headphones have a hole in it