Nearby Share, Google’s own branded version of Apple’s AirDrop technology, will soon offer an easy way to send a WiFi password from an Android 12 device to a Chromebook laptop. 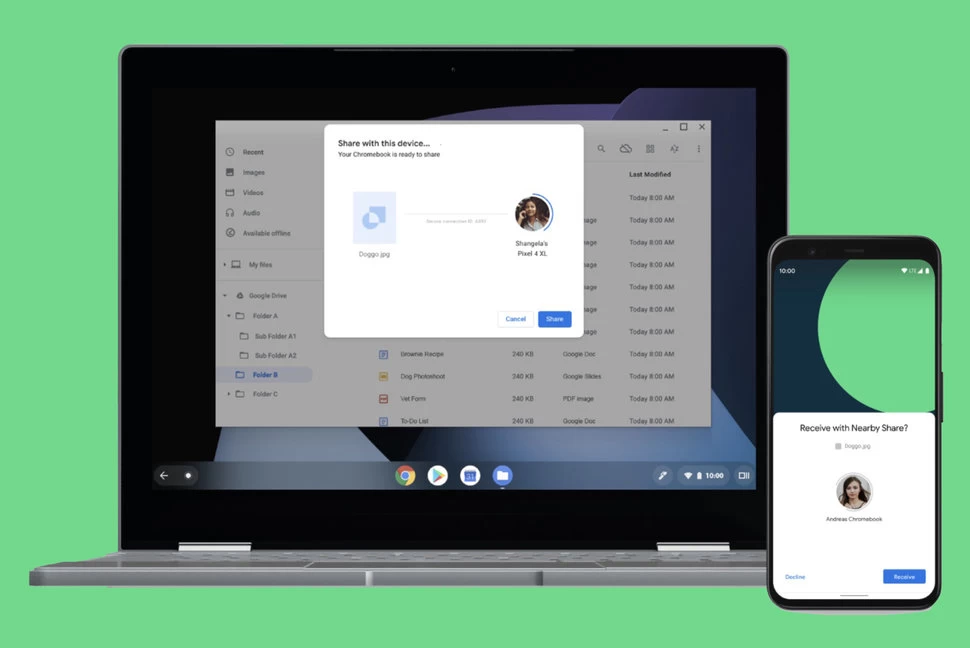 Google has regularly added features to Nearby Share over the past few years so that it can better compete with AirDrop . Nearby Share can share apps, files and more from one of your devices with another or with a nearby friend. Android 12 updated the feature to share a Wi-Fi network from one Android device to another Android device. Now, as first reported by Chrome Story , Google has started extending this feature to Chromebooks , allowing ChromeOS users to get a Wi-Fi network connection from an Android 12 device.

Broadcasting a Wi-Fi network via Nearby Sharing relays all the information a Chromebook needs to get online quickly — including the network name, security type, and password. The two devices—the Android 12 device and the Chromebook—just need to be within Bluetooth range of each other.Just don’t expect Wi-Fi sharing for Chromebooks to be available until at least Chrome OS 100 or 101—or March 2022 or April 2022, respectively.

Why Nvidia fails to acquire Arm?

The Social Network: become the target of hackers