Nokia Lite Earbuds BH-205 and Nokia Wired Buds WB 101 were released on the 11th of January on a Tuesday. Nokia’s brand new True Wireless Stereo (TWS) headphones have the battery to last at least 36 hours including the backup of their charging cases. Nokia’s Wired Buds come with a flat, free of tangles, a sound connector, and an attached cable clip. The new earphones will join the audio accessories offered by HMD Global in the United States. 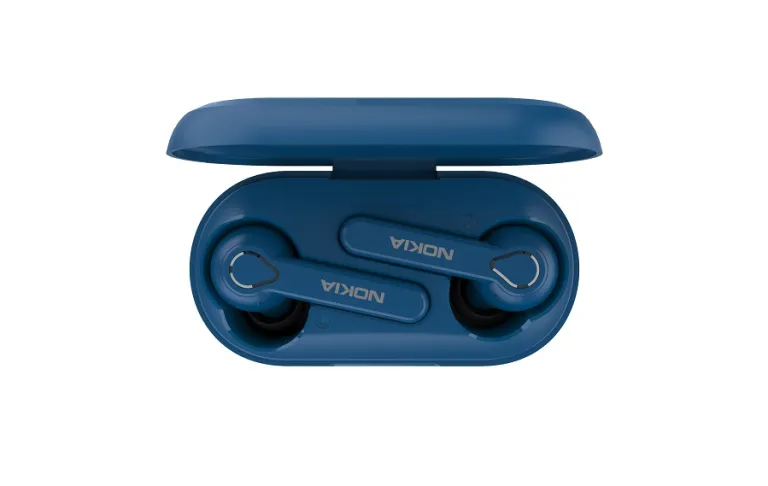 Like the TWS earbuds, The earbuds will be made available on Nokia’s  official  website, online shopping sites and in retail stores.

According to HMD Global, the new Nokia Lite Earbuds support both Google Assistant and Siri for voice commands. The TWS Earbuds come with an internal 40mAh battery inside each earbud. It can give an up-to six hour of playing time on one charge plus another 30 hours of playtime coming from the 400mAh charging case battery. The earbuds don’t offer Active Noise Cancellation (ANC).

How do you use Nokia earbuds?

Pair and connect with Bluetooth

How do you charge Nokia earbuds?

Nokia True Wireless Earbuds are charged by placing them in the included charging case. If the case has power, it will automatically charge the earbuds. The charging status LEDs of the right and left earbuds turn red when charging, and turn off when fully charged.

How do I reset my Nokia earbuds?

In order to reset your Nokia power earbuds simply put them in the case, touch and hold the Nokia logo for 3 seconds until both of them flash with a purple LED and that’s it. After that it was a smooth ride.

Gaming market in crisis: the good years are over

How Windows 11 can steal your data?