Although for many of us the Realme brand is primarily associated with a bunch of smartphones that are hastily marketed, they do not forget about portability. It has been a long time since they sent their first watches to the market, and during that time this part of their portfolio has grown quite a bit. Let us mention, for example, the Realme watch Watch S, Watch S Pro and also last year’s model Watch T1 with AMOLED display. However, the latter watches are still sold only in China and we are waiting for them to reach other markets as well. However, it looks like the manufacturer will release another chronometer from the Watch S series, the Realme Watch S100. 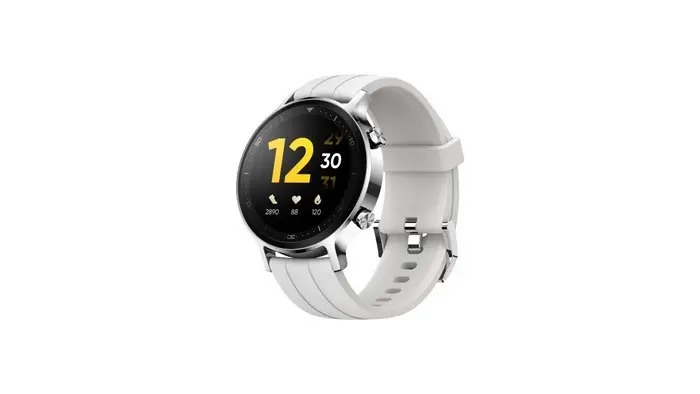 A short report on the preparation of the Realme Watch S100 watch appeared on the MySmartPrice website . The tipper confirmed the trade name of the watch and added that the manufacturer would officially introduce it at the end of this month on the Indian market. Since this is a chronometer from the S product line, it is likely that the dial will be circular. The tipper believes that black and gray watches will go on the market.

The tipper is stingy on information from other parameters of the watch or about its functions. So there is some speculation. Given that we have been waiting for the global introduction of the Realme Watch T1 smart watch since last October / October, it is quite possible that the Watch S100 is just a renamed T1 watch from last year . It is also possible that the Realme watch will be introduced together with the Realme 9 Pro series phones.