Toyota is finally getting serious: the first electric car is ready for pre-order

Anyone who has always wanted to buy a pure electric car from Toyota does not have to wait any longer. The Japanese company’s first “real” electric car, the bZ4X, is available for pre-order. The crossover SUV wants to impress with fast charging at 150 kW, among other things. But when it comes to the price, Toyota falls short of its own lofty goals. 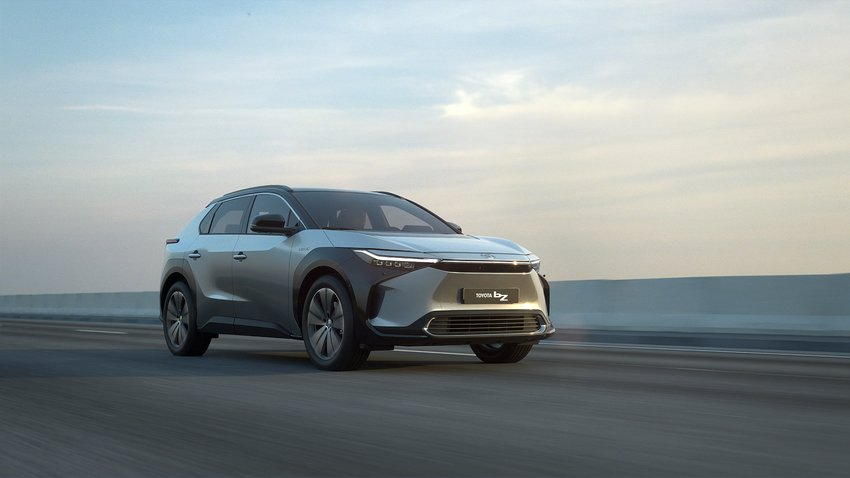 It’s coming late, but it’s coming: As the first purely electric car from Toyota, the bZ4X is now available for pre-order. You can create your desired configuration without obligation, reservations can be made until March 31 . Advance sales are scheduled to begin in April. But what do you actually get with the bZ4x?

For the crossover electric SUV, Toyota states a range of up to 450 km with one battery charge according to the WLTP standard. It is then charged to up to 80 percent in 30 minutes with 150 kW fast charging power. So again up to 360 km are possible. Customers can choose between front and all-wheel drive as well as various equipment options. Braking energy is recovered as standard through recuperation, which supports the battery while driving.Prior to that, particular importance was attached to the battery guarantee , which is now somewhat limited: After eight years or 160,000 km, at least 70 percent of the battery capacity of 71 kWh should still be available. Previously, 90 percent were still announced after ten years – an announcement out of competition. Now it is said that the guarantee (of 160,000 km) can be extended to ten years, but only if the battery is serviced annually.

Cheap electric cars from Toyota: Customers will probably have to wait

In another respect, Toyota also has to make concessions compared to previous announcements: Only recently, Toyota’s Vice President for the North American market, Cooper Ericksen, announced the internal motto: For Toyota, the success of electric cars depends crucially on low prices away. The bZ4x does not necessarily meet this: In the basic version , the E-SUV starts at 47,490 euros , not including the environmental bonus. In the top version, the price climbs to 60,290 euros.The bZ4x is practically on a par with Tesla’s Model 3 – the most successful e-car in Germany in 2021 – and even starts beyond Volkswagen’s e-SUV competitor ID.4. A placement on the market that first needs to be justified. We are curious to see whether Toyota will succeed.